Are you curious who stands behind byFlow? Or how does our office life look like everyday? In this new blog posts series all of us - byFlow’s team members - will share with you our stories and show you our work inside out. The company wouldn’t exist without the people that make it. As cliche as it might sound we can’t help it - it is true that #thisisbyFlow. Let’s start then with the ones who made it all happen. Meet Nina and Floris Hoff. 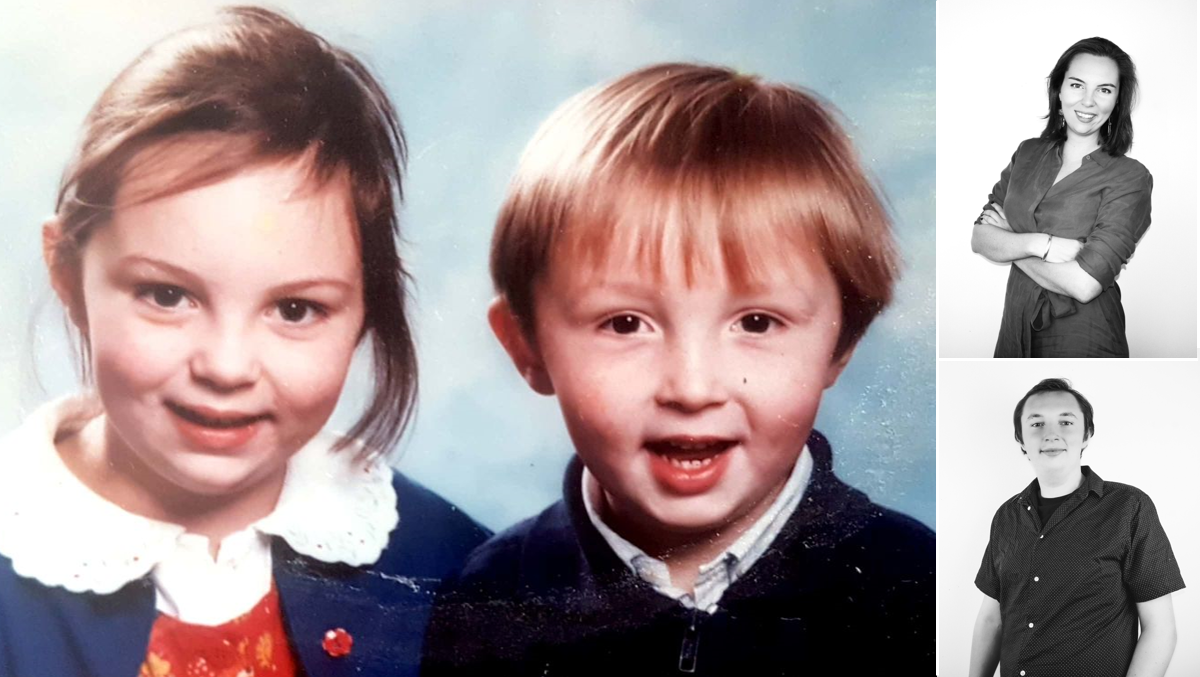 Nina and Floris: now and in their childhood days

byFlow’s office at the High Tech Campus Eindhoven gets busy around 9.00AM, but Nina is there earlier. She woke up at 5.30AM and came all the way from Amsterdam where she keeps living, despite all the inconveniences. That was the part of the deal - she didn’t want to give up her favourite city, friends and private life. Or at least that small part of it which you can still have when you own and run a rapidly growing company.

Floris comes in a little bit late, but that’s because he was working the late the night before. He had a great idea and needed to try it out, irrespectively to passing time or any other external circumstances. If it wasn’t for his ideas, perfectionism and persistence, the 3D Food Printer would not exist, so Nina knows he needs his time and space. They learned how to work together and not only accept the differences between each other, but even make an advantage out of them. He, the introvert creator, calms her, the extrovert communicator, down. She, the pragmatic leader, motivates him, the visionary perfectionist, to gets things done.

However, their business relationship was not something they planned from their early childhood. In contrary, it was not expected to happen. Nina, with her background in healthcare, did not think of her future in the tech sector. Nevertheless, she has always been an entrepreneur type and her business skills were exactly what byFlow needed. When she decided to join the company, it was a very young start-up with an amazing product, developed by Floris during his studies. Thanks to trust and support, the fundamentals of the family business, they managed to bring their 3D Food Printer to the market and were already able to sell over 150 of them.

It’s already 10.00AM and the whole team of byFlow gets together for a weekly update. Nina leads it in a concrete and effective manner - she must leave the office afterwards for another busy day of interviews, presentations and meetings. With the constantly growing interest in 3D Food Printing, her calendar is always full of events. She sells printers to Chefs, bakeries and caterers, negotiates contracts with Multinationals from the Food Industry, speaks on conferences and appears in the media at least a few times per week. Sometimes, in the short breaks, it crosses her mind that it’s all thanks to her brothers invention, which she considered quite geekly only a few years ago.

Does he feel jealous that it’s her who is in the spotlight? Rather on the contrary. When she runs out of the office to cycle for a meeting and give a skype interview while on her bike, he sits back by his desk, opens his daily glass bottle of Coke and starts his work with byFlow’s hardware and software teams. Sometimes, in the short breaks, it crosses his mind that it’s all thanks to his sisters hard work and commitment.

You can read the extended version of Nina’s and Floris’s story in FD Persoonlijk 22/03/2018 available here.